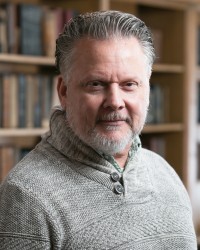 "Being an older student—almost 58 when I graduated in 2013—I appreciated being challenged by new ways of thinking about and looking at ourselves and the world in which our social and personal identities take shape. I was given much to reflect upon which confirmed my thinking in some areas, refined it in others, and in some cases changed it completely.

After I graduated from York I did my MA in Theology at Regis College, University of Toronto, where I wrote a thesis focusing on same-sex desire and Eastern Orthodox theology. As part of my master's program I was allowed to take the graduate seminar at the Mark S. Bonham Centre for Sexual Diversity Studies. York's Sexuality Studies undergraduate program prepared me for a seamless transition to my master's and now doctoral studies in theology, sexuality, and gender. It also informs much of my writing in my newly created Orthodoxy in Dialogue blog, which has drawn tens of thousands of readers from 115 countries around the world.

A pleasant surprise for me while I attended York was an absence of ageism among my fellow students, most of whom were younger than my own adult children. In tutorials and small seminars they seemed genuinely interested in hearing the perspective of a man who had been around the block of life a few more times than themselves. Yet this goes both ways: I was genuinely interested in hearing their perspectives, because I don't operate under the assumption that an older person necessarily knows best."

« Back to Sexuality Studies